Skip to content
Living in South Africa has its pros and cons, right?  I’ve been on this planet for 39 years, and my exposure to crime has, thankfully, been low. Yea we’ve had the odd house break-in etc, but whenever these happened no one was at home, so no one got hurt. It’s a sad place to be when you realise that crime is going to affect you one day, and you pray for “milder” crimes that don’t happen when you or (heaven forbid) your kids or loved ones are around. So you can imagine my fury and total loss of faith in humankind when two of my kids fell victim to crime last week – more invasive than I’ve ever experienced. We live about 800m from the high school that my two teenage boys attend, and it’s a good neighbourhood. I mean, kids are out walking in the streets or riding their bicycles daily. On this fateful day my boys were stopped by a female assailant (yup, women commit crimes too) who held a knife to my boy’s abdomen and demanded they hand over their cellphones. I was on my way to work out of town that morning, I’ll never forget the phone call from an unknown number just before 7am: “Mom, we’ve been mugged” At first anger consumed me, “Why were you walking with your cell phone in your hand in broad daylight?” I was angry at the situation, I was angry they hadn’t taken heed to our warnings about their safety. And then I was angry at society, the government, the world. Why can’t my kids walk with their cellphones in their hands? It’s THEIR cell phones for Pete’s Sake! It was a rude reminder of the times in which we live, and it was, for sure, a wake-up call for my boys. Mom and dad don’t issue these kinds of warnings because we’re bored… It’s a real thing, it happens around us daily. Crime. As the details of the incident unfolded over the next few hours, I came to understand that the assailant chased my boys after they had willingly handed over their phones. I learnt that they had to jump over a 6ft boundary wall to escape the knife-wielding low-life. I almost felt the terror that must have paralysed them as they tried to flee. Anger consumed me all over again, and that evening after I’d caught my breath and managed to make phone calls to thank all those who had helped my boys, my emotions got the better of me.  It could have been so much worse. This could have had a totally different ending. I still shudder at the thought. So there is a happy ending to this story, the assailant was arrested by our local security company and the police, and our boys had their phones returned to them. Look, I would have replaced those phones in any case right after checking the guide to home security hardware | Kwikey Locksmith Services, INC. I’m just eternally thankful that no body was harmed during this whole ordeal.  Life is short, guys. When you stop to think about it, it’s really quite scary. To quote one of my favourite girl bosses, Sara Blakely, founder of Spanx:

“When something out of my control happens, I ask myself: Where is the positive in this?”

What “positive” can one extract from a situation like this one?  Well, I’m sure the boys wont walk the streets with their cell phones visible again any time soon.  And maybe we all needed a reminder of how precious life is. We take people for granted, especially in a big family like ours, we’re all busy and we forget to make the time for each other. Take care of yourselves, lovelies.

4 thoughts on “When Crime Comes Knocking On Your Door” 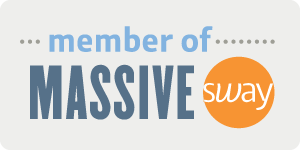